Open Letter to My Patients 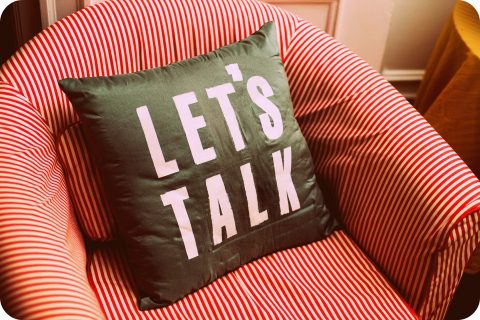 In my 25 years as a psychotherapist in private practice, I have preferred to keep politics and religion out of the therapy session, in order to create a safe space for people to work on their issues, without feeling the need to defend their beliefs. And I have taken pride in my ability to provide kind and caring support to people from all walks of life, irrespective of their race, religion, gender orientation, cultural background, or political affiliation.

However, it has become nearly impossible to ignore what’s happening in the political arena these days, especially since the recent Presidential election, and politics has become more steeped in religious dogmatism than ever, at least in my lifetime. Both politicians and government officials are more distrusted than ever. Violent attacks against people who practice a different religion are happening more frequently. American society has lost its sense of prosperity and security for all. People are angry, confused, and scared. And because this absolutely has an effect on the mental health and well-being of all of us, as a mental health professional, I have decided I must speak up.

What does this have to do with psychotherapy, and specifically, your therapy with me?
I know I am affected by what’s happening in the country right now, and no doubt you are, too. Therefore, I am cautiously and gently inviting my patients to talk with me about how all of this is affecting you. This is not because I have an agenda about either challenging or changing anyone’s beliefs – as always, I remain respectful and neutral – but rather because I believe that as human beings, we need to be able to talk about whatever it is that makes us feel vulnerable, and therapy is supposed to be a safe place to do so. Of course, it is also okay with me if you prefer not to.

I wore a black armband on the day of Trump’s inaguration. This was not “sour grapes” that my candidate didn’t get elected, but rather it was because I mourn the death of our democracy, and the ideals that America was founded on: freedom of religion, freedom of speech, an impartial judiciary, a free press, and equal opportunity for all, especially refugees fleeing repressive regimes. Already, in the first weeks of the Trump presidency, we have seen him hammer away at these freedoms. If we are not vigilant, and do not protest loudly and publicly, I fear that we will soon lose these freedoms that most of us have taken for granted.

Perhaps you share my fears, or perhaps you don’t. Perhaps you read and listen to the same news sources that I do, where pundits on both sides of the political spectrum are discussing these fears, or perhaps your sources are telling you that America is going to be great again (here’s a really useful infographic on the relative accuracy and bias of news sources). If there’s one fact that everyone can agree on in this new, “post-truth” era of “alternative facts,” it’s that we have never before seen anything like the Trump campaign or what happened in the election, and therefore no one can predict with any certainty where the Trump presidency will take us.

I read that after the Women’s March, many marchers were asking “what do I do next?” I think that’s a question that many people have. While I am also questioning, the answers I’ve come up with so far include: 1) stay present, awake and aware – this is not the time to check out, or go numb; 2) connect with others in your support networks, preferably face-to-face, and talk about what’s happening; 3) pick one issue to focus your energy on; and 4) be willing to reach across the great divide and have a conversation with someone who looks different, or with whom you might disagree, with the goal of understanding their point of view. Remember, in the words of the great television producer Norman Lear, they are “just another version of you.”

A group of San Francisco psychotherapists has been taking their compassionate listening skills out into the community, offering free “Sidewalk Talk.” Soon, they will be taking their show on the road, venturing into the heartland. Go here if you’d like to learn about what they’re doing, and how to support them.