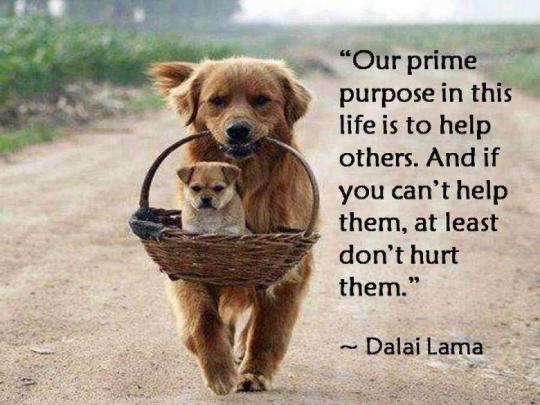 This fall it seemed every week brought a new calamitous disaster: hurricanes, massive flooding, earthquakes, firestorms, and the worst mass shooting in US history. Because the topic of social support was on my mind, I was particularly tuned in to how people support one another during and after a disaster. Here are some of my observations:

In the face of immediate, life-threatening danger, people act instinctively – to run, hide, save themselves and their loved ones, including pets. This is the fight-or-flight response in action. Yet a few people “freeze” instead, becoming paralyzed, unable to act to save themselves. Why? According to Stephen Porges’ Polyvagal Theory, if the threat is perceived as being too big, causing the person to feel overwhelmed and powerless, the nervous system will short-circuit the normal fight-or-flight response and cause a state of “feigned death” as a last-ditch effort to save one’s life.

We see this freeze response in victims of child abuse or other trauma, and it may persist into adulthood if the trauma has not been treated. According to Attachment Theory, people who received adequate caring, love, and nurturing in their families of origin have a more positive outlook and expectation that others will help them; whereas those who experienced abuse, neglect, or trauma as children may not be able to trust others to help.

In a disaster, some people act heroically, risking their own safety in order to help or save others’ lives. Those who have military training and first responders do what is counter-intuitive: they run toward the danger, whether from fire or an active shooter. They leave their home to burn in order to help others save theirs. How do they do it? Their training overrides instinct. My heartfelt thanks to all of the first responders, law enforcement officers, firefighters, and healthcare professionals who risk their lives and safety to save others!

Reading the accounts of what people chose to take with them when they evacuated from the fires, I noted that some grabbed laptops and important documents, while others took a load of clothes from the laundry. I wondered: if I had only a minute or two to evacuate my home, what would I take? It’s a worthwhile exercise to think about what’s important and where is it located, perhaps even to rehearse a “grab and go” drill. Of course, disasters are an exercise in accepting the impermanence of all things.

Following a disaster, those whose lives were threatened may be in a state of shock. How long this state lasts – from hours to weeks – is partly a function of the magnitude of the person’s loss, but more importantly, a function of their inner resourcefulness, coping skills, and resilience. This is the time when social connection/social support is most critical.

How the community responds is also a function of the magnitude of the loss as well as the community’s resourcefulness. If a few people have lost their homes, neighbors will readily take them in. If an entire neighborhood has been obliterated, there is more confusion about where to go for help. Resources may be plentiful, as with the Texas hurricane/floods and the Northern California fires; or they may be scarce, as with the devastastion of Puerto Rico and the Virgin Islands.

People are often at their best following a disaster – we are generous, we are kind, we go out of our way to help. We reach out to share our own food, clothing, money, and shelter, as well as offering it in bulk donations to community organizations. Human beings are most inclined to help, and are most generous with, those who they see as like themselves. We could see this phenomenon in its ugliest form in Trump, who treated Texans magnanimously and Puerto Ricans like untouchables, but most people are inclined this way. We feel the strongest social bonds with people we are related to or know personally, so it’s easier to offer support. However, if an entire community needs support, and especially if we’re connected with them only through social media, we may feel social overload and even disaster fatigue.

The downside of social support

Humans are tribal in nature, for eons we have organized ourselves in tribes, groups, families, and mutual aid societies, to support one another. This can be a wonderful, positive phenomenon, but it has a dark side, too: where resources appear scarce, we fight other tribes and groups to get or keep what we deem as ours, and we rationalize why we shouldn’t provide support to “foreigners,” forgetting that all of the perceived differences amount to less than 1% of our total human DNA.

Social relationships can be sources of stress and strain rather than benefit. While in general, being married conveys health benefits, singles fare better than unhappily married people, and having poor quality relationships is worse for your health than being alone and socially isolated.

The importance of emotional support

A need that often goes unrecognized in those who survive a life-threatening experience or lose their home is emotional support. Survivors may need to talk about their loss, their fear and trauma – or they may not be able to talk about it, yet still need someone who can understand their emotional pain and offer support, whether through physical comfort or simply a kind presence.

It is easier to give than receive. Most people find it much easier to offer help, than to be the one asking for help. Research on the health benefits of social support shows that while giving support is correlated with health and living longer, receiving support conveys no longevity benefit. Perhaps this is because it’s stressful to ask for help, or because those who receive support are already suffering more ill-effects of stress.

Having more Facebook friends seems to convey health and mental health benefits, because people perceive plenty of social support being available. However, during a disaster, social media users may feel overwhelmed with the volume of support requests, and at the same time obligated to provide support, even while they may be in need of support themselves.

The relative effectiveness of social support depends not only on the kind of support provided, but also on the relationship of the receiver to the giver. “Signficant others,” i.e., partners, immediate family, and close friends, are better suited to provide emotional support as well as instrumental support (money, help with tasks); while “similar others,” i.e., members of larger neighborhood, religious, or social media networks, may be more effective at providing knowledge and information as well as validation and empathy, especially when they have shared similar experiences.

When it comes to emotional support from social relationships, quality matters more than quantity. And research indicates that small acts of care (e.g., a few words of encouragement, an enthusiastic response to good news, being physically present and attuned) can have a profound impact on personal and relationship well-being, helping people to thrive after a disaster, not simply survive.